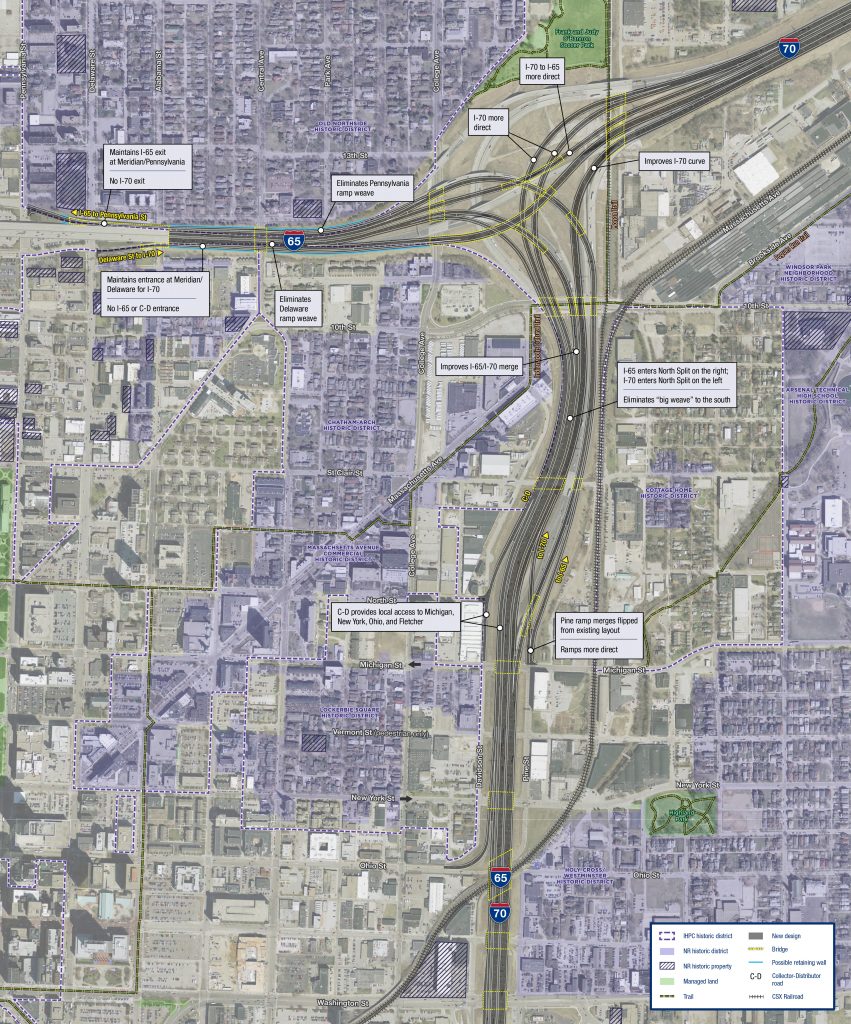 The preferred alternative for the North Split project is a refined version of Alternative 4c of the North Split Alternatives Screening Report, released in September 2018. Alternative 4c was originally recommended because it provided the best balance of function and impact while meeting the project’s purpose and need to replace deteriorated infrastructure, improve safety and improve traffic flow.

The preferred alternative would improve safety by eliminating the weaving sections (locations where traffic is forced to cross paths) on the west leg of the interchange near the Pennsylvania and Delaware Street ramps. Eliminating the weaves would also remove the most severe bottlenecks in the interchange, allowing for improved traffic flow without adding new through lanes.

To reduce the impact of the project on adjacent historic neighborhoods, two movements current served by the North Split would be eliminated in preferred alternative 4c:

All southbound I-65 movements (Meridian Street exit, I-70 eastbound, I-65 southbound and the C-D to North Street, Michigan Street, Ohio Street and Fletcher Avenue) would continue to be available.

As originally presented in the North Split Alternatives Screening Report, Alternative 4c eliminated I-65 access to the C-D road, with loss of service to North Street, Michigan Street, Ohio Street and Fletcher Avenue. Reconfiguring the interchange to serve I-65 movements is the most significant refinement in the preliminary preferred alternative.

Learn about the other refinements.