The I-65/I-70 North Split interchange was built nearly 50 years ago, is operating at full capacity and is at the end of its useful life. This is the first project to completely reconstruct the interchange, bridges and pavement along the North Split since it was built in 1968.

The interchange will have a smaller footprint than the existing interchange when construction is complete, and no new right of way will be required.

To reduce the impact of the project on adjacent historic neighborhoods, two movements will be eliminated:

All southbound I-65 movements (Meridian Street exit, I-70 eastbound, I-65 southbound and the C-D to North Street, Michigan Street, Ohio Street and Fletcher Avenue) will be available once construction is complete. 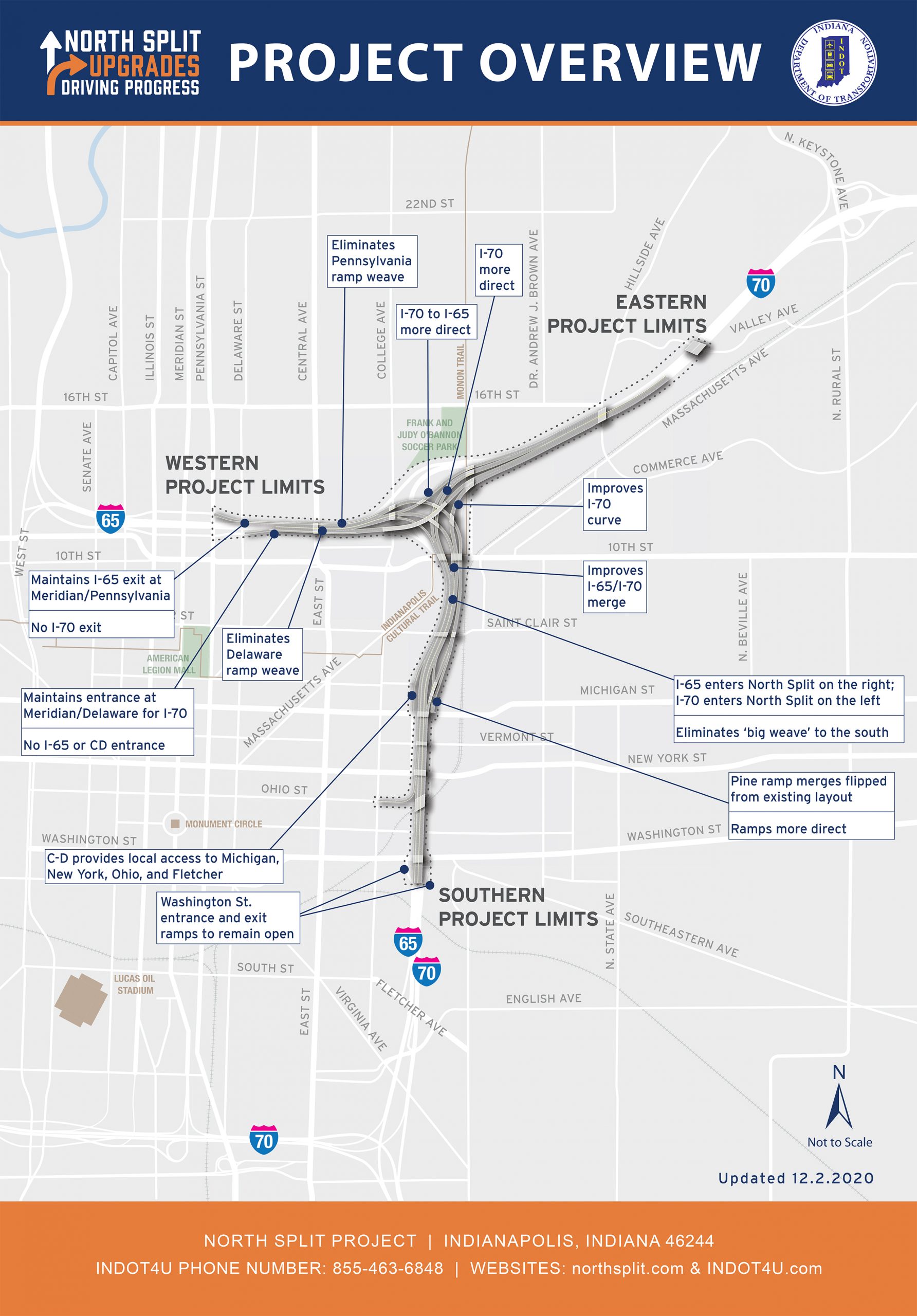