Alternative 4c would meet the project purpose and need effectively by replacing deteriorated pavement and bridge infrastructure, improving safety at the highest crash locations and reducing traffic congestion by removing existing bottlenecks. Improvements would be made throughout the interchange, but a key area of improvement would be the west leg, where existing weaving areas – where traffic is forced to cross paths – create the greatest hazards and bottlenecks in the interchange.

Based on a review of the trade-offs between benefits and impacts of the alternatives, INDOT has determined that Alternative 4c would provide the best balance of meeting safety and mobility needs while minimizing impacts on adjacent neighborhoods. Subject to input from agencies, advisory committees and the public during the comment period of the screening report, Alternative 4c will be the preliminary preferred alternative to be analyzed in detail in the EA. 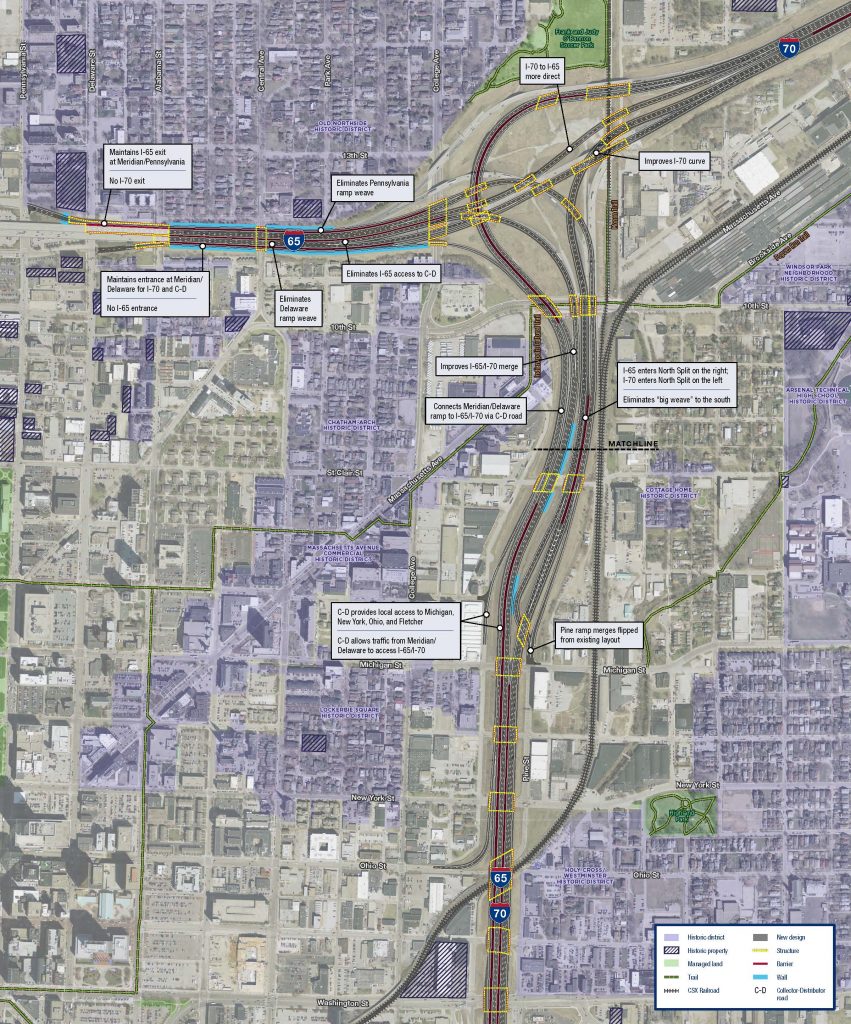 CHANGES TO THE INTERCHANGE AND WEST LEG

The need for walls at all locations would be confirmed based on more detailed design during the EA.