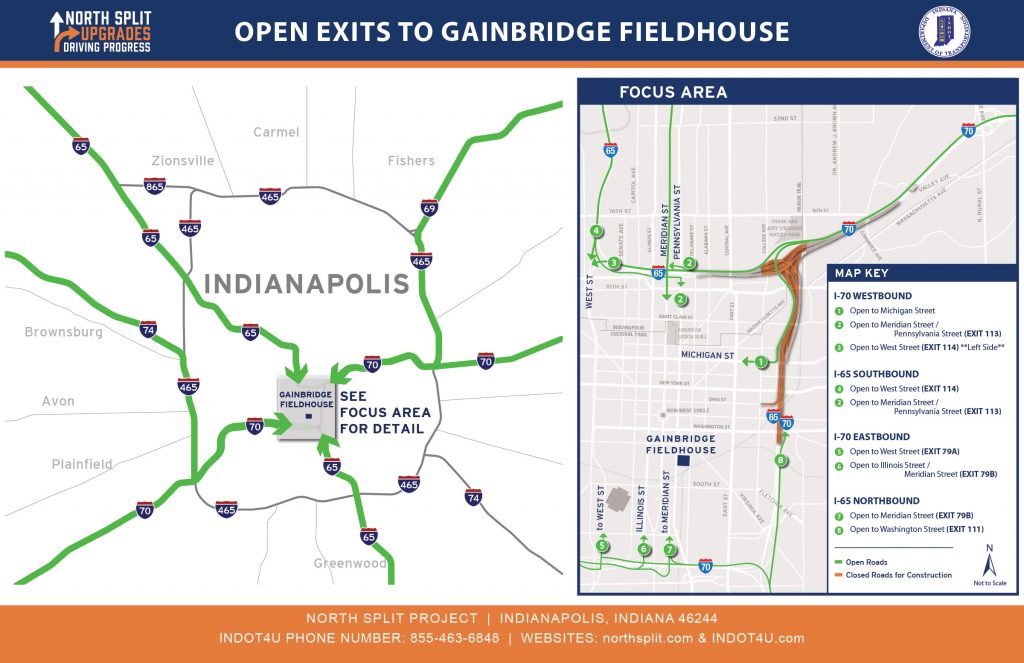 INDOT is reminding motorists to plan ahead for travel related to the upcoming Big 10 Men’s Basketball Tournament. Routes to Gainbridge Fieldhouse may be impacted by work being performed as part of the North Split project.

Exits currently open to traffic on the north side of the downtown inner loop:

Exits currently open to traffic on the south side of the downtown inner loop:

Southbound I-65 and westbound I-70 can be accessed from Washington Street.

Other current closures include:

INDOT encourages drivers to slow down, exercise caution and drive distraction-free through all work zones.

For details on lane restrictions and closures associated with the current INDOT work, please visit 511 Cars for more information.