A Gem Beside the Interstate:

Indiana Landmarks has had a front row seat for the North Split reconstruction. The interstate itself has played a big role for the organization since they moved to their location at 1201 Central Ave. A historically significant gem in the Old Northside neighborhood, the building Indiana Landmarks now calls home was once the Central Avenue Methodist Church.

With its beautiful, 19th century dome unmistakably visible on the downtown Indianapolis skyline, many people seek out the space for special events like weddings and concerts. So, of course, when plans for the North Split project were unveiled, Indiana Landmarks’ staff were concerned.

“Our building is a high-profile location for events because the dome is so visible from the interstate,” said Mindi Woolman, marketing director at Indiana Landmarks. We were concerned about the impact on the structure and on our event rentals.”

While there have been a few hiccups, the first year of construction proved to be less impactful with the COVID-19 pandemic. Now that transmission rates have slowed, it’s full steam ahead for the group as rentals and programs are starting to pick up. Woolman noted, “We’ve been working with the project team to monitor the construction schedule—we want to ensure our clients can time their events for periods that will be less disruptive.”

Indiana Landmarks hosts a plethora of events to educate and inspire attendees of all ages, ranging from do-it-yourself workshops, concerts, lectures, and films. This summer, the organization welcomed the return of “First Fridays,” a free summer showcase highlighting works by Indiana-based artists. Guests can visit the Rapp Family Gallery at the restored Indiana Landmarks Center to view works by local glass artist Judie Sloan and Clayton “The Wall Guy,” Hamilton, co-founders of InSight Art, through July 22.

Through August 4, Indiana Landmarks offers a “Bier & Building,” tour, specific to the historic downtown Athenaeum. The organization will also continue to host its “Decoding Downtown Indy,” tour, educating guests on the architectural history of Indianapolis through mid-August. Starting in early October, guests can attend Indiana Landmark’s “Indy Downtown Safari,” showcasing the wildlife in architecture and sculpture carved into downtown.

Don’t forget to stop by the Indiana State Fair this year to see “Automotive Heritage,” curated by Indiana Landmark’s affinity group, Indiana Automotive. The exhibit will feature 11 manufacturers spanning over 60 years of automotive innovation in Indiana, including the 1899 Waverley Electric and 1967 International Scout.

Want to share your North Split business story? Reach out to us at info@northsplit.com or on social media. 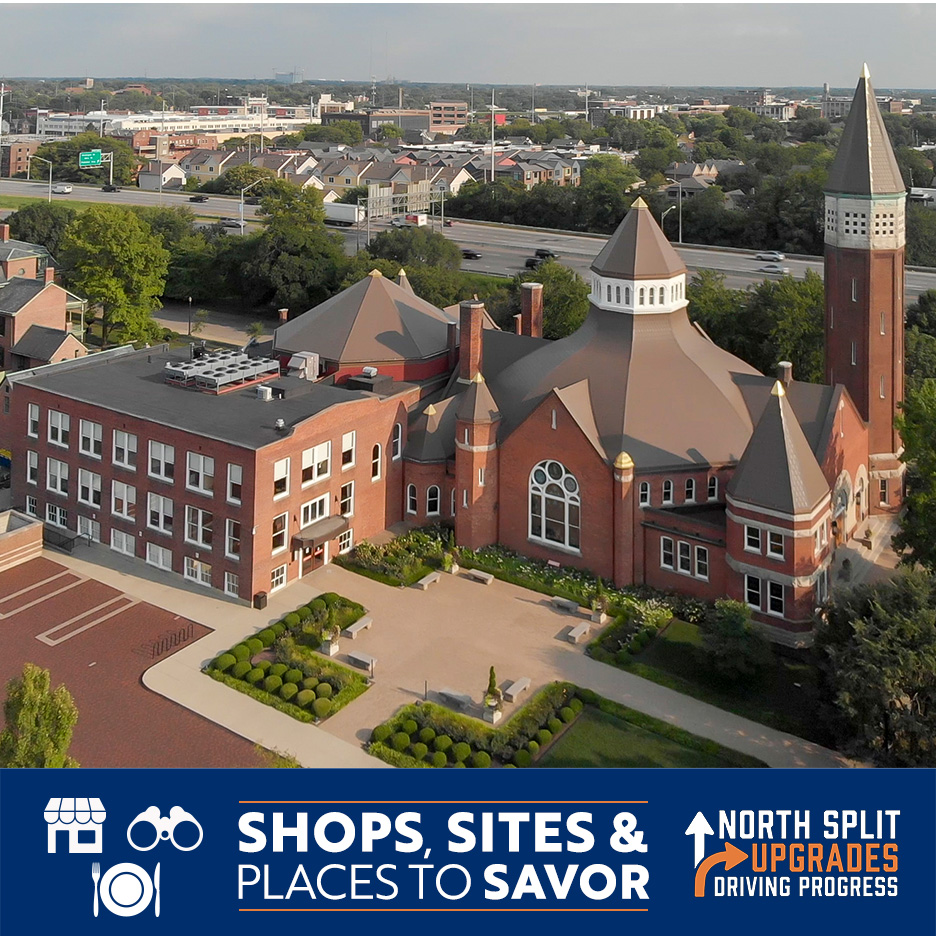 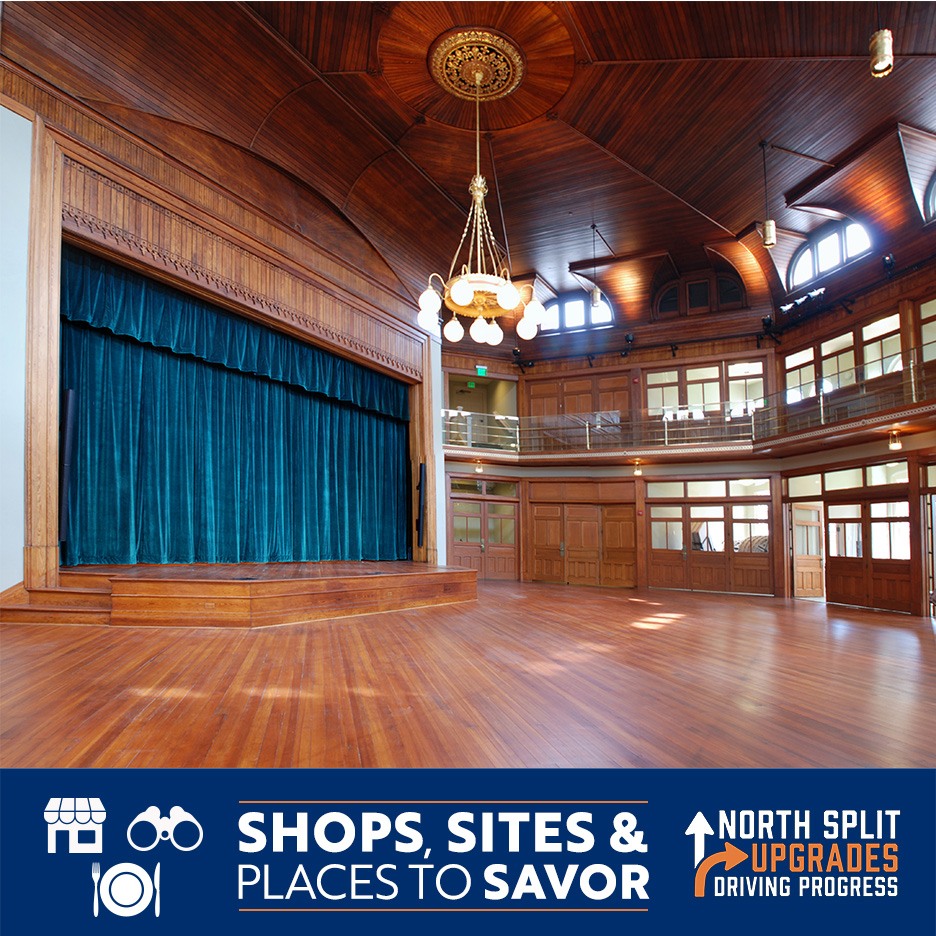 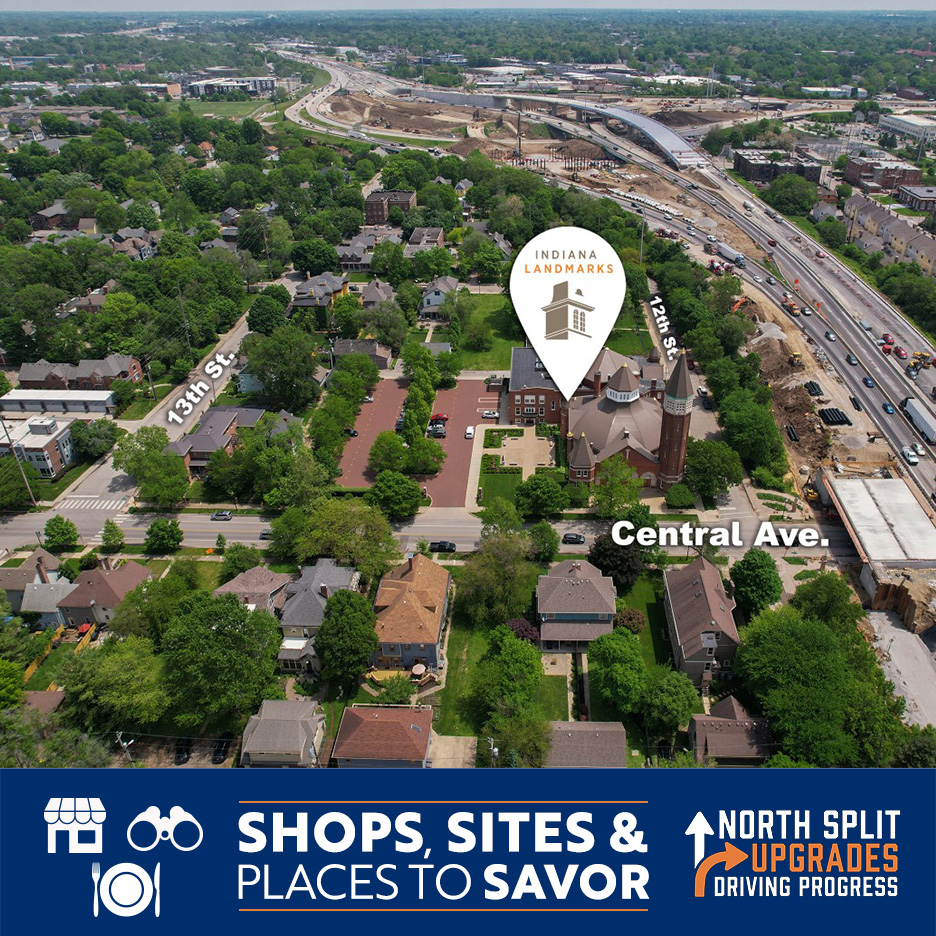