Of the 31 bridges in the project area, 27 are estimated to have less than 10 years of remaining service life before major repairs or reconstruction are needed:

Most portions of the North Split interchange were constructed in 1968, and the pavement is past its life expectancy.

Frequent patching is required to repair cracks and holes in the mainline concrete pavement, especially along I-65/I-70 south of the North Split. These types of maintenance operations often require lane closures and cause traffic delays in the North Split project area.

The asphalt shoulders are in poor condition and are starting to oxidize, which is a process where pavement becomes brittle and cracks.

There were more than 1,600 crashes in the North Split project area between 2012 and 2016. Crash rates are higher than average for urban interstates:

The top four crash sites – around 20% of crashes in the North Split – were:

The highest number of crashes are on the west leg of the interchange, in weaving areas. 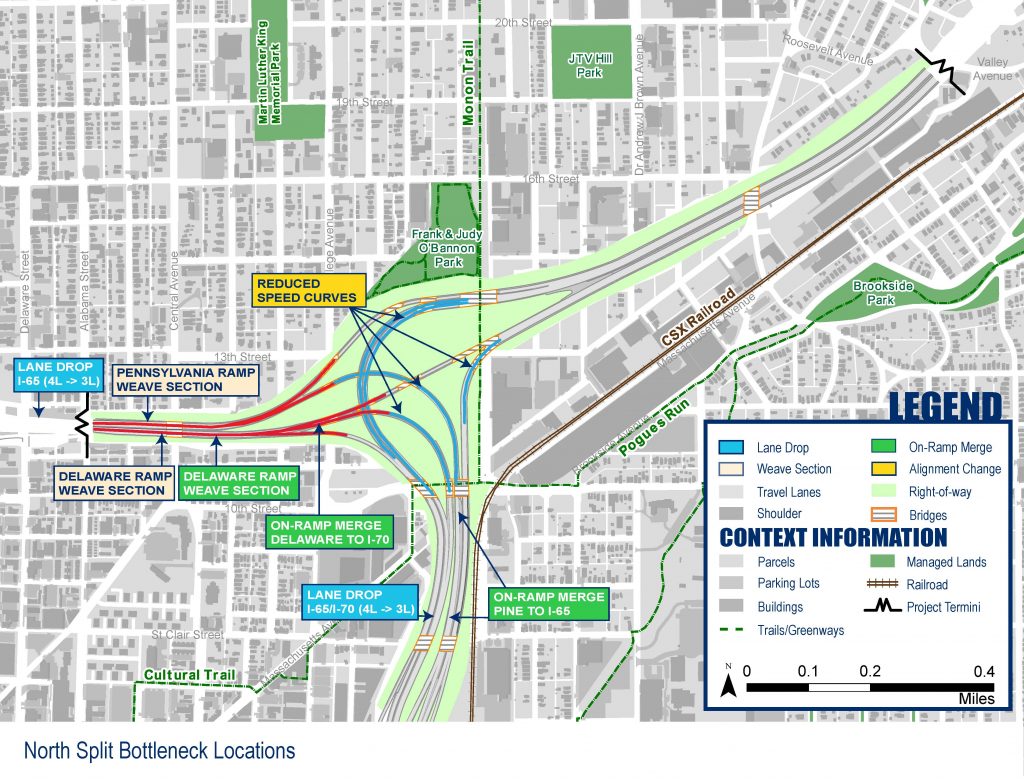 Interchange operations are affected by:

Bottlenecks include weaves and tight curves, which cause congestion and increased travel times. The project will remove bottlenecks and improve level of service now and in 2041.

Level of Service (LOS) describes the degree of traffic congestion on roadways, using “grades” on a letter scale from LOS A (best) to LOS F (worst). Many sections in the project area operate at LOS E or F during peak hours of travel. With no changes to the configuration of the interchange, 2041 operations will drop to LOS F on many more movements.