North Split Construction to Begin in Next Three to Four Weeks

The North Split project will also greatly enhance the look and feel of the highway and how it integrates with adjacent neighborhoods by adding new trees and shrubs, bicycle/pedestrian infrastructure, decorative lighting and landscape architecture aesthetics.

The North Split interchange was originally constructed in the late 1960’s. Since that time, traffic volumes increased dramatically on the downtown Indianapolis interstate system, making the North Split interchange the second most heavily traveled in the state. The dramatic growth in traffic volume has rendered the existing design obsolete and prone to crashes – averaging approximately 300 per year over the last five years. 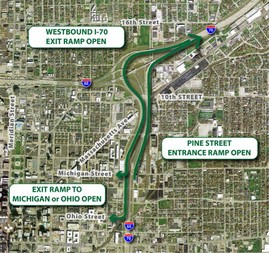 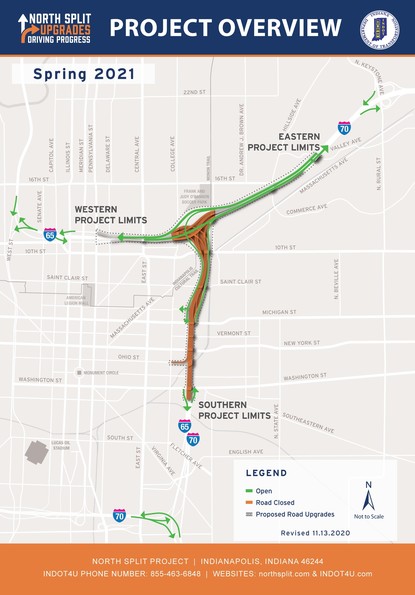 During 2021 and 2022, portions of I-65 and I-70 will be closed for construction. Through traffic will be detoured to I-465. Local traffic should plan ahead by identifying alternate routes and expect delays.

In advance of the North Split project, INDOT has invested more than $4 million to modernize and upgrade nearly 500 traffic signals on Indianapolis streets to keep traffic flowing during North Split construction. The improvements include GPS synchronization to keep signal timing consistent and remote traffic management equipment to allow INDOT technicians to adjust signals remotely when needed during peak traffic. INDOT is also making several infrastructure repairs and adjustment at local intersections to ensure safety for motorists and pedestrians.

To stay informed on the North Split and other INDOT projects in the Indianapolis metro area, follow INDOT East Central on social media: